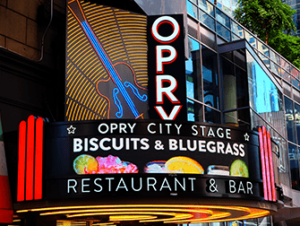 Opry City Stage in New York is the place to go for country music in the Big Apple. At the New York-spinoff of Nashville’s Grand Ole Opry, you can listen to daily live performances by famous and lesser-known country artists, while enjoying some southern-style food. The interior of Opry City Stage has been decorated with memorabilia from famous country stars. This place, with its Tennessee vibe, is also known as the ‘Hard Rock Café of country music’.

Opry City Stage is a four-storey ode to country music. The dining and entertainment venue is centrally located, close to Times Square. Upon entering, you’ll be welcomed by a lifelike figurine of a young Johnny Cash. In the small souvenir shop, on the ground floor, you’ll find yourself surrounded by cowboy hats and Nashville t-shirts, (you can also get CDs and LPs featuring country music). On the first and second floors are the restaurant and a small stage where continuous performances, by up-and-coming country artists, take place. These performances are free and fun to combine with a lunch or dinner. In addition to the live shows, concerts at the Grand Ole Opry are streamed on large screens. On the third floor is The Studio at Opry City Stage; a larger stage where the big(ger) names play. Carrie Underwood and Luke Bryan are past examples of stars who have performed here! 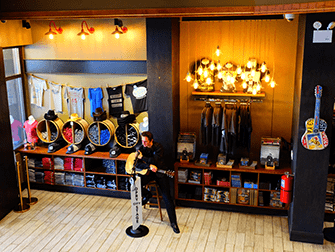 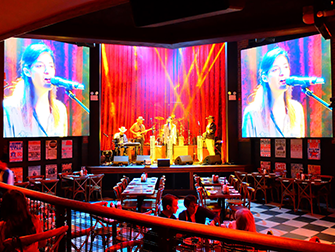 You can go to Opry City Stage for breakfast, lunch or dinner. It’s also a nice place for a snack and a drink, when you want to take a rest from sightseeing. Inspiration for the menu comes from cuisine of the southern American states: think Nashville’s famous hot chicken, homemade mashed potatoes and gravy, as well as meatloaf. The menu also offers burgers and steaks. To secure your afternoon or evening in a New York country-atmosphere, I recommend booking a table in advance. 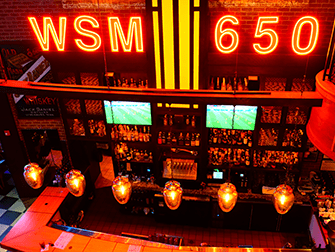 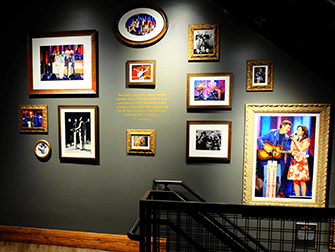