The King and I on Broadway Tickets 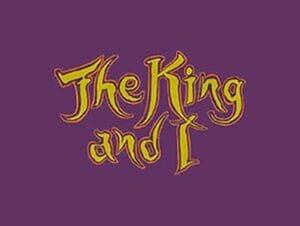 Purchase your The King and I Broadway tickets before you travel to New York. It’s easy to buy your theatre tickets online, saving time and money. The King and I on Broadway is a musical revival of the forbidden love story between a British schoolteacher and the King of Siam (now Thailand). The show, created by Rodgers and Hammerstein, first opened on Broadway in 1951 to critical and commercial success. The King and I won 4 Tony Awards including Best Revival of a Musical in 2015. The King and I will be performed in the Lincoln Center Theatre.

Step back in time to 1860, Bangkok. British schoolteacher Anna Leonowens is hired by the bossy King of Siam to tutor his countless wives and children as well as to help with plans to modernise the country. Anna is headstrong and the King has very different cultural norms and values which leads to many turbulent confrontations. (In many of which Anna threatens to leave Siam!) They soon learn however that they can learn a lot from each other and after the magical and energetic “Shall we Dance” their feelings start to develop… 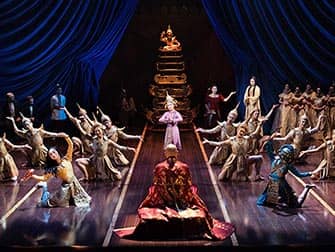 Magical Costumes and Characters on Broadway

The King and I is a truly magical Broadway musical. You’ll really be transported back to the 19th Century complete with puffy European-style gowns and their Asian counterparts. The characters are each beautifully portrayed. The show is enchanting yet bittersweet and with the original music by the acclaimed Jerome Robbins, you’ll understand why it was a big hit in the 1950s. The story is of course a classic tale and again in it’s revived form it’ll really make you think about different cultures and traditions. But you’ll also get to laugh a lot. It’s the kind of show you’ll always remember. 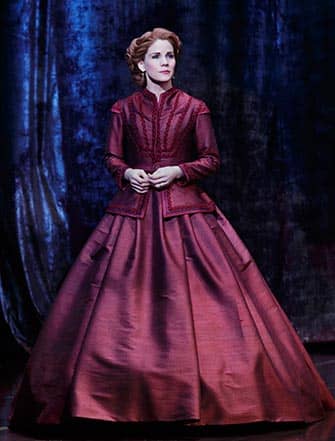 How to buy The King and I on Broadway Tickets?

It is easy to buy tickets for The King and I with the link below. I recommend buying tickets online before your trip to New York. You will save time and most importantly you don’t have to stress about finding tickets when you are in New York. A lot of Broadway musicals are very popular and are often sold out.

This show is no longer available

Don’t want to see The King and I?