Taking a Train from Montréal to New York 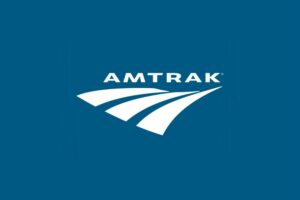 Taking a train from Montreal to New York is an easy way to travel from Canada to the US. The name of this Amtrak route is the Adirondack. The National Geographic Traveler magazine called the Adirondack one of the world’s top ten railroad trips. The name comes from the Adirondack mountains where the passenger trains travel through. Travelling from Montréal to New York City, the Adirondack is known for its scenic route travelling alongside beautiful mountains, rivers and forests.  Not only can you sit back and relax while enjoying the wonderful scenery but with a travel time of around ten hours, you’ll arrive in mid-town Manhattan well in time to visit the bright lights and buzz of Times Square.

The Adirondack travels daily from Montréal to New York City, stopping at a number of stations steeped in history. Wi-Fi is available onboard as well as your own reclining seat with a folding tray table and an overhead reading light. Ask one of the members of staff for a free pillow as well! For a bite to eat you can head down to the Adirondack’s Café Car where you can meet fellow passengers as well as enjoy the splendid view from the panoramic windows.

Ticket reservations are necessary and when crossing the Canadian/U.S. border you will need valid identity documentation such as a passport or an enhanced driver’s licence.

Price roundtrip:  around US$140

The Adirondack is a great way to travel all year round, but it is most popular during the Autumn months (September and October) when the Hudson Valley is covered in leaves of red, ochre and gold. This romantic scenery is a perfect way to spark up a conversation with a fellow passenger and perhaps make a few friends along the way. As they say, time flies when you’re having fun! Because of the nostalgic scenery, taking the Adirondack is often described as being an experience rather than just a means of transportation. Here we describe a few highlights of the journey but for detailed information on the scenic route, click here.

From Montréal the train first travels over the St. Lawrence River by way of the Victoria Jubilee Bridge. This bridge was opened in 1859 and was at that time the longest bridge in the world. Upon constructing the bridge, the workers found the remains of 6000 Irish immigrants to Canada who had died of ship fever ten years earlier. A large monument named “The Black Rock” was erected at the bridge approach in their memory.

A while later the train will pass by Port Henry, located on the edge of Lake Champlain, a beautiful freshwater lake supposedly home to a scary prehistoric monster. Much like spotting the Loch Ness Monster, many try to capture evidence of the existence of such a monster. Others dismiss it as merely fairy-tale. Lake Champlain is often seen as the ‘crown jewel’ of the Adirondack, so be sure you are still awake!

Located close to New York City, Poughkeepsie was once home to the Smith Brothers and their famous cough drops. Other wealthy families such as the Vanderbilts and the Astors often built weekend homes here in the beautiful area. When in New York be sure to visit the famous luxurious Waldorf-Astoria Hotel.

When you are close to New York you will cross the Harlem River that separates the boroughs of Manhattan and the Bronx. The Harlem River flows 13 km between the Hudson River and the East River. The river was once the traditional rowing course of New York and as such has been featured in shows like Law & Order where college students assist in murder investigations.

The Adirondack is operated daily by Amtrak. For more information, prices and schedules click here.

The Amtrak train arrives at Penn Station in New York City. From there, you can take the subway to your final destination, or you could hail a yellow cab. If you need help finding your way around New York City, download my free Eric’s New York app.

If you’re getting the Amtrak home back to Montreal, and you want to fit in some more site-seeing before heading home. Nearby attractions include Times Square and Empire State Building, or if you want to pick up a few last minute gifts; Macy’s can be found around the corner. 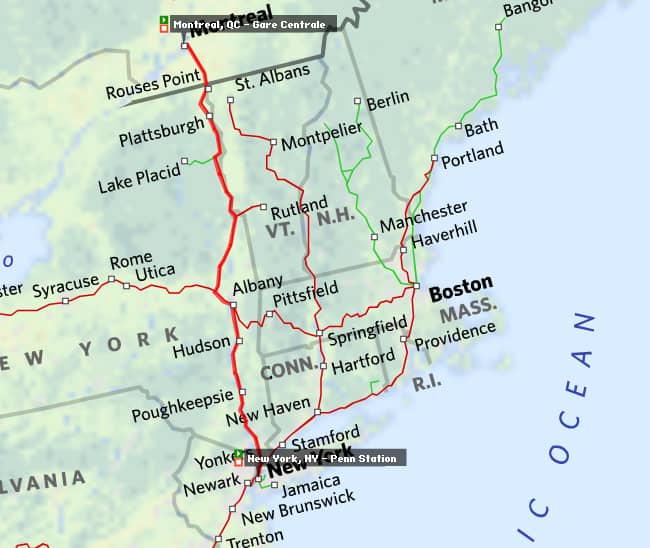 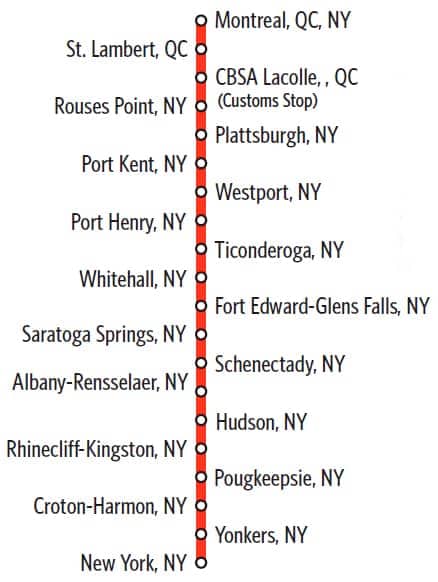