A clear schedule of the sports games in New York can be found here. Throughout the year there are basketball, baseball, ice hockey and American football games in New York, for example, the NBA, NFL, MLB and NHL. You can also visit a US Open tennis match or see two boxing champions compete against each other in Madison Square Garden. In the calendar below you will find games for all the famous leagues and tournaments that take place in New York. Check out the many games taking place during your stay and buy your tickets right away!

New York is home to many talented sports teams. Throughout the entire year, there is almost always a game that you can attend. Don’t miss the opportunity to enjoy the sporting performances. It is the perfect opportunity to soak up the authentic American atmosphere that is present at every sports game in New York.

From October to April you can go see the two NBA basketball teams, the New York Knicks and the Brooklyn Nets. The NHL ice hockey season also runs during the same period. Ice hockey is also well represented in New York and surrounding areas, with the 3 NHL teams, the New York Rangers, New York Islanders and New Jersey Devils. From September to January, the American football fans can visit the two NFL teams in New York, the New York Giants and New York Jets.

From April to October, you have the option to attend a game of one of the MLB baseball teams, the New York Yankees and New York Mets. Around the same time, the Red Bulls and New York City FC represent football for the MLS Soccer league in New York. In August, New York also hosts the US Open Tennis tournament.

Eric’s Tip: I recommend everyone to attend a sports game. It is a nice way to spend an evening during your trip to New York, especially when you have the chance to sample some of the traditional snacks on offer in the stadiums. Don’t worry if you are not too knowledgeable about the games on offer, because you are guaranteed to have a great time with all the entertainment and atmosphere surrounding the game. Buy tickets for an American sports game in, for example, Madison Square Garden or the Yankee Stadium and enjoy the atmosphere! 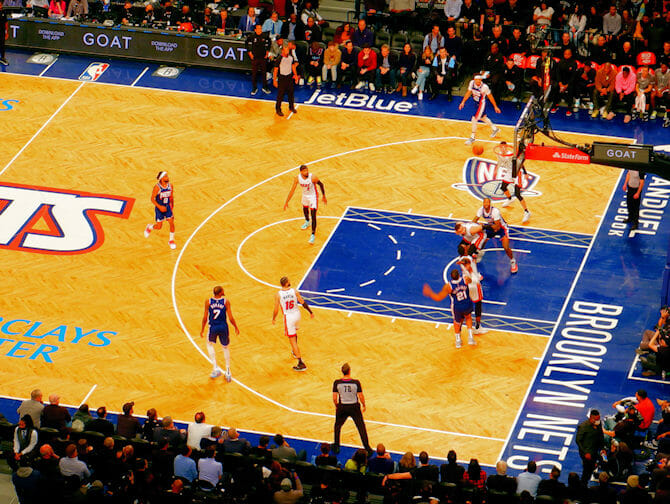 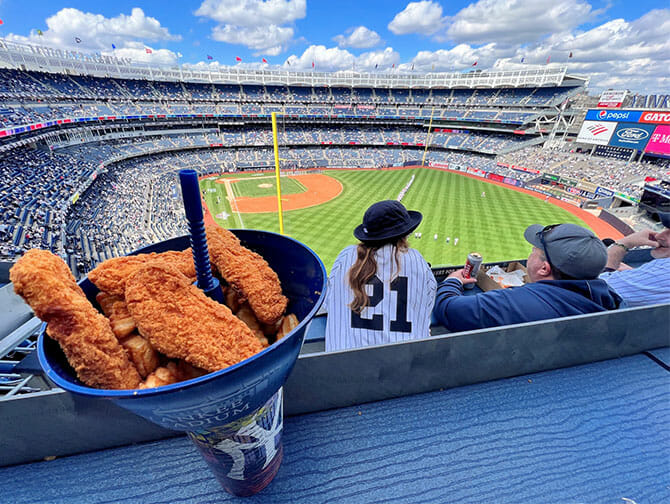