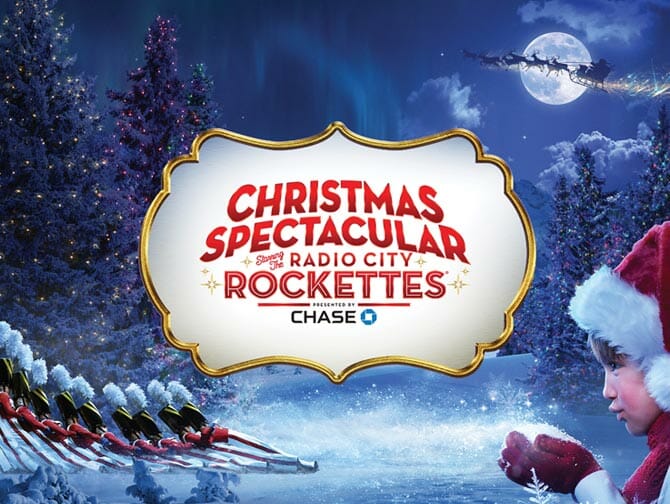 Tickets for 2023 are not available yet
Would you like to receive an email as soon as the tickets are available? Send me a message at [email protected] and I’ll email you on the day the tickets go on sale.

The show is held in the Radio City Music Hall. The holiday season around Christmas is one of the most magical times to spend in New York City. The whole city is in a festive spirit: there are Christmas trees, the streets and shops are decorated and the ice skating rinks are busy.

Radio City Music Hall is an enormous indoor theatre in New York and it is a theatre unlike any other. Once inside, you will marvel at its classic beauty, which is a New York City landmark. The Great Stage (65ft by 144ft) is considered by technical experts to be the most perfectly equipped worldwide and the shimmering gold stage curtain is the largest in the world. 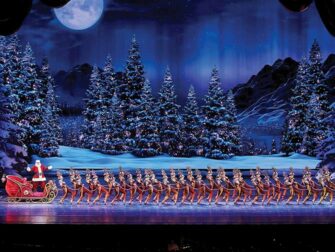 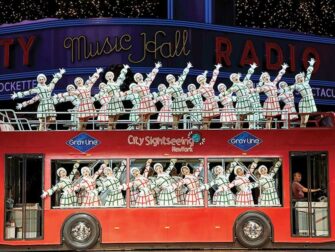 During the Christmas Spectacular, you’ll be transported to a wonderful Christmas world full of magical Christmas stories, spectacular dance moves performed by the Rockettes and of course the ‘The Parade of the Wooden Soldiers’. For this act, the Rockettes are dressed like wooden soldiers and fall over like dominoes during the performance. A special and unforgettable act!

Of course, Santa Claus has to be present in a show like this. He tells the story of this magical show and makes sure that everyone is in the Christmas spirit. After the show, children can pose with the real Santa in the lobby. 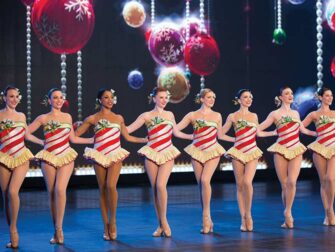 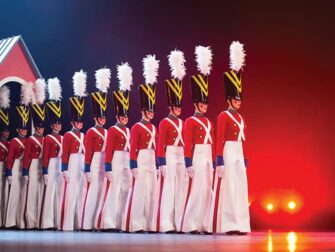 How to buy Tickets for Radio City Christmas Spectacular?

It is easy to buy tickets for Radio City Christmas Spectacular with the link below. I recommend buying tickets online before your trip to New York. You will save time and money and most importantly you don’t have to stress about finding tickets when you are in New York. A lot of shows are very popular and are often sold out. I recommend booking your tickets through the website below.