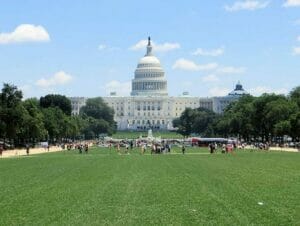 Take the New York to Washington D.C. bus tour and explore the many great sights of the capital within a short period of time. The bus picks you up at Port Authority Bus Terminal early in the morning. Be sure to have some breakfast beforehand and bring plenty of water and snacks with you for the ride. The bus route takes you through the states of New Jersey, Delaware and Maryland before arriving at its destination: Capitol Hill in Washington, D.C.

The first stop is the Arlington Cemetery and a visit to the grave of the former president, John F. Kennedy. Throughout the tour, the guide describes the history and facts of the nation’s capital. Next is a visit to the great Lincoln Memorial as well as the memorials commemorating the soldiers of the Vietnam and Korean wars. The tour doesn’t end there! Continue on to visit the Smithsonian National Air and Space Museum where you’ll see the largest collection of historic space- and aircraft in the world. 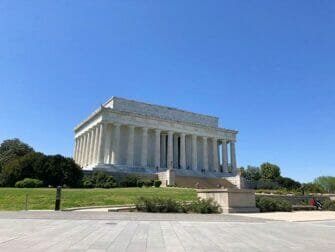 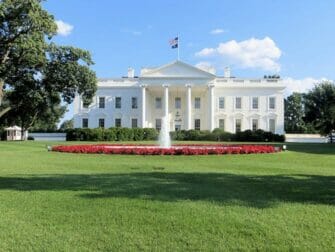 The Capitol and The White House

Before leaving you will get to visit the Capitol, where the U.S. Congress meets, and of course, you’ll see the White House, the residence and workplace of the President of the United States.

The bus will embark on a last tour of the city, so have your cameras ready to snap the panoramic views. You’ll be back in New York in the early evening, usually around 08:00 p.m. but it can be later as well due to traffic so don’t plan anything for that evening.

Eric’s Tip: This day trip is jam-packed so there is not a lot of time to really stroll around Washington and certainly not to shop. It’s a good way to see a lot of the city in a short amount of time and to learn about the history of the United States.

After purchasing you will receive a voucher that you can print and use as your ticket, or show as a mobile ticket on your phone.

Note: If you are travelling in a group of 4 or more people I recommend this private Washington D.C. tour. It offers a private mini-van with the driver as the guide. You also get the opportunity to organise to the day exactly to your wishes and preferences. 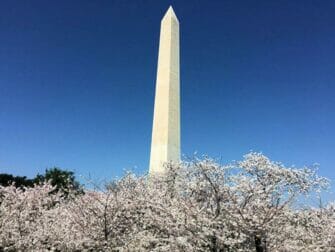 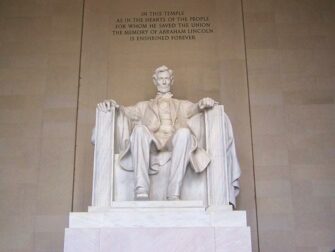