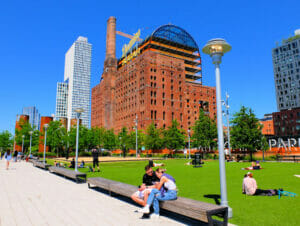 Williamsburg in Brooklyn is a hip, artistic neighbourhood in New York. Due to a historical influx of a wide variety of nationalities, Williamsburg is a diverse neighbourhood, with influences from many cultures. Today, Williamsburg remains an influential and popular area of the city, where lots of famous people live. The Industrial looking neighbourhood is known for its independent cafes, boutiques and the famous Brooklyn Brewery. One day is plenty of time to get to know this part of New York. Most shops open at around midday, so go in the afternoon and stay for dinner and a drink in one of the many cool bars.

The atmosphere in Williamsburg is characterised by a mix of old and new. It has an industrial appearance due to the many old, “raw” buildings in the neighbourhood. Also, there is a lot of graffiti art to be found, as artwork and as advertisements that are regularly replaced. If you’re a fan of street art you definitely shouldn’t skip Williamsburg, especially the north of the district; it’s nice to visit for tourists. The other parts mainly consist of houses.

Until recently, brands like Starbucks and J. Crew were nowhere to be found in Williamsburg, however lately the area has seen several big chains opening their doors. They are, however, only permitted to open stores that fit in aesthetically with the rest of the neighbourhood, so all these stores have the typical Williamsburg touches. Although, it’s still the small, unique shops that set the tone for the area. On Bedford Avenue, you’ll find all kinds of nice shops. 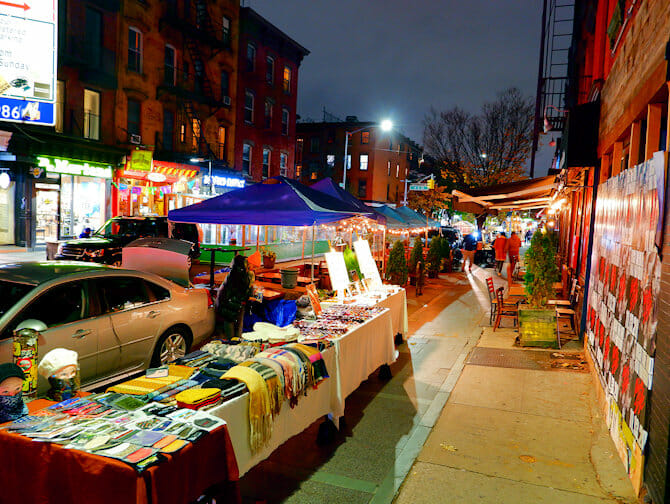 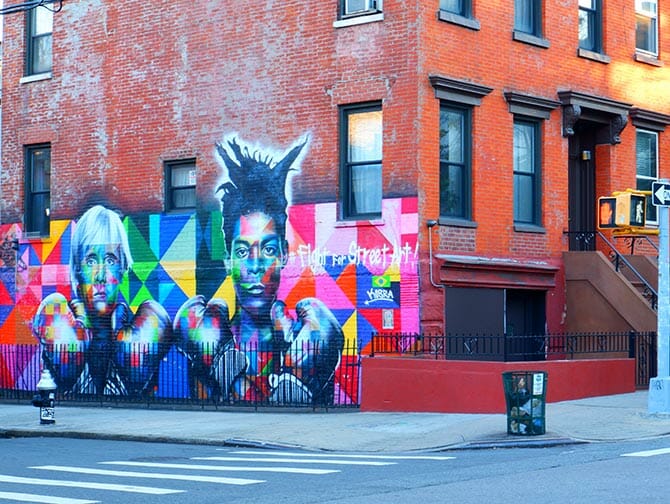 On the waterfront of Williamsburg in Brooklyn, you’ll find apart from the modern buildings also Domino Park. This newly landscaped park on the site of the former Domino Sugar Refinery is used by many Brooklynites as a relaxation spot. Especially in the warm summer months, it’s nice to spend some time here along the waterfront of the East River. The view of the Williamsburg Bridge and Manhattan is also worthwhile in other seasons.

Eating and Drinking in Williamsburg

The cultural diversity of New York can be easily reflected in the many culinary options available, and Williamsburg is a perfect example of this. It’s teeming with nice places to eat and shop. For a collection of good restaurants, head to Berry Street. If you’re looking for a place to dine in Williamsburg I recommend checking out this street; there’s bound to be something for you. If you’re a beer enthusiast, there is the most famous brewery in New York: Brooklyn Brewery. There are also several less known breweries in Williamsburg, so beer fans can indulge themselves here. For a slice of real American pie with a cup of coffee, head to Martha’s Country Bakery. If you’re after a snack and/or drink in a casual atmosphere you can visit Gran Torino; a cosy café, restaurant and bar in bistro style. What you should definitely not miss in Williamsburg is Smorgasburg: the foodie market with over 100 vendors, where you can find food and drinks from all over the world. 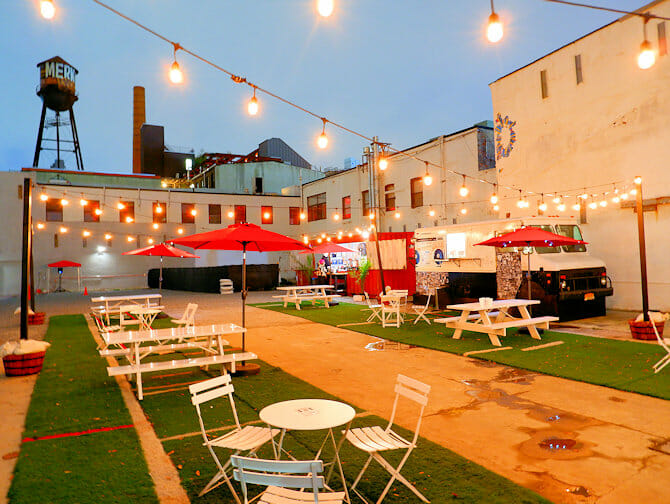 On pretty much every corner in Williamsburg you can find a decent bar. A nice spot for date night? Go for dinner and a movie at Nitehawk Cinema, where you can order food before or even during the film. Alternatively, head to The Music Hall of Williamsburg for live entertainment. Combine listening to bands with dinner at Brooklyn Bowl. You can even play a game of bowling here if you want. Head to Westlight for a drink with a beautiful view, the rooftop bar in the William Vale hotel.

Eric’s Tip: If you want to learn more about Williamsburg, take the ‘Williamsburg – Greenpoint’ walking route that can be found in my Eric’s New York App. During this tour, you will pass by some of my favourite spots in this neighbourhood and get to experience the authentic Williamsburg.

There are several hotels in Williamsburg that guarantee a pleasant stay in New York. My favorites are The Hoxton Williamsburg, The Williamsburg Hotel and The William Vale. All these hotels have nice rooms and a trendy rooftop bar, the perfect place to enjoy the sunset over Manhattan with a drink.

The Subway to Williamsburg

The best way to get to Williamsburg from Manhattan is by subway. Take the L train to Bedford Avenue. From there you can walk around the neighbourhood. You can also take the NYC Ferry from Manhattan to North or South Williamsburg. 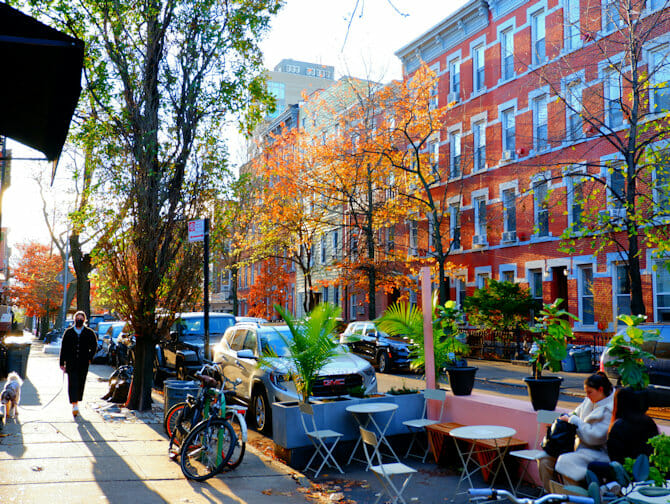 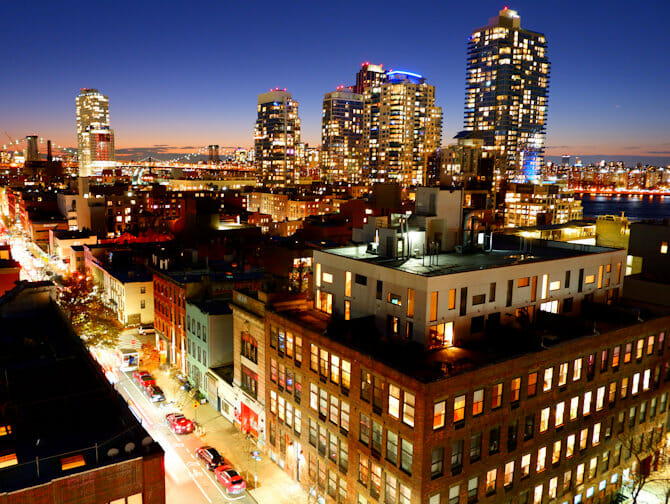