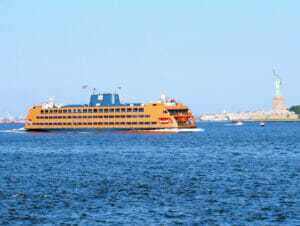 Staten Island in New York is best known for the Staten Island Ferry. It’s one of New York’s five boroughs, and while it’s still not a tourist hotspot, it has more to offer than just a fun cruise. It is the place where New York’s only fashion outlet can be found and there are a few museums.

Many native Americans lived on Staten Island thousands of years ago, well before the Europeans came. The first Western visitor was an Italian and later in 1609 the Englishman Henry Hudson, commissioned by the Dutch, was sent to explore the island. The island is named after the Dutch “Staten Generaal” (the collective name for the First and Second Chambers of the Dutch parliament) as a tribute to this institution. It took a while before the settlement was well underway as there was quite a fight with the natives. In the end an ‘Old Town’ was founded and since then the population has slowly grown to a small 500,000 people.

You can reach Staten Island with the free Staten Island Ferry. It passes the Statue of Liberty and offers a great view of the skyline of Downtown Manhattan. The ferry runs twice an hour from the tip of Manhattan. It is worth doing this free boat trip once. Many people choose to board immediately after the crossing for the trip back to Manhattan. However, there are also a number of things to do near the ferry terminal, so you can catch a later boat back and see some of Staten Island first.

Eric’s Tip: When boarding, do not go to the front of the ferry but to the back, behind the deck on the left-hand side. There you have the best view of the Manhattan skyline. 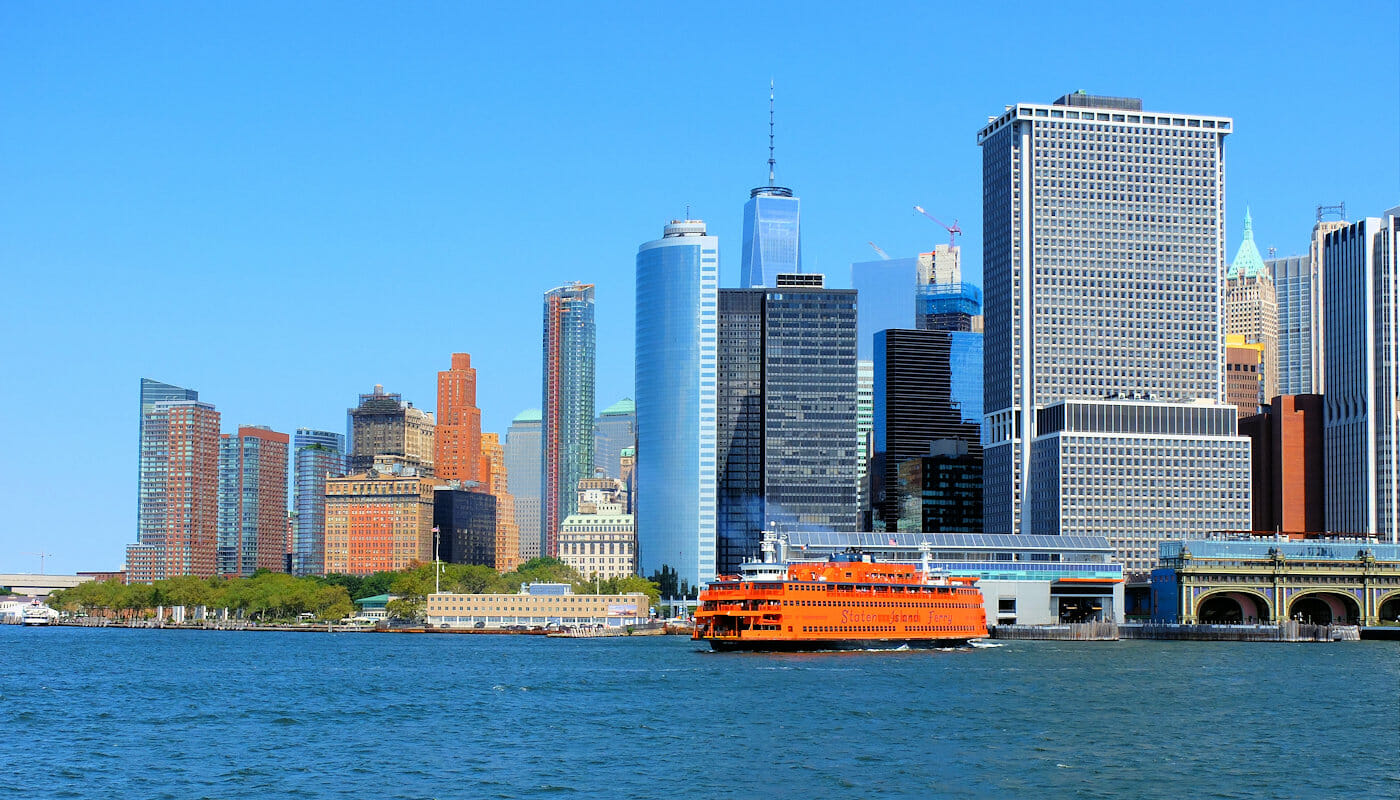 Staten Island is home to New York City’s only outlet center, Empire Outlets. You can now combine a nice boat trip on the bay with an afternoon of shopping. In fact, the Staten Island Ferry dock is right next to Empire Outlets. So you can walk straight from the boat into the shops. And it’s a great place for a snack and drink as well. Empire Outlets houses several establishments, such as Shake Shack and Starbucks.

On the water, near the ferry terminal, is the Staten Island September 11th Memorial. This memorial, called Postcards, was created in 2004 to commemorate the 274 Staten Island residents who were killed in the September 11, 2001 attacks and the 1993 WTC bombing. The center of the image points towards the site where the Twin Towers used to be. 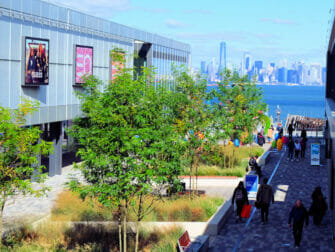 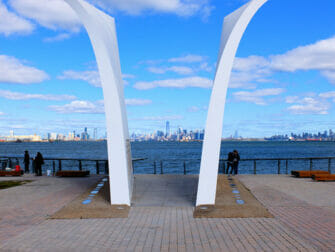 This impressive suspension bridge is a whopping 1,298 meters long and connects Staten Island with Brooklyn. It takes its name from the Italian explorer Giovanni da Verrazzano, the first European to sail the Hudson. Anyone who has ever run the New York Marathon will have fond memories of the bridge. The marathon starts on Staten Island, and the first kilometers of the course are over the Verrazzano-Narrows Bridge. The bridge is not accessible to cyclists or walkers the rest of the year.

The ferry and Empire Outlets are Staten Island’s main draws, but for those who really want to get to know the neighborhood there are also a number of attractions to visit. There is a small zoo, the Staten Island Zoo, and there are some authentic museums. For example, you can visit the National Lighthouse Museum, where you can take a self-guided tour and have a nice view over the bay. Within the grounds of the Snug Harbor Cultural Center & Botanical Garden, you will find the Staten Island Museum and Staten Island Children’s Museum. The center itself consists of several historic buildings and beautiful botanical gardens and is also worth a visit. Entrance to all of these museums is included with the New York Sightseeing Pass.

Unlike Manhattan and Brooklyn, there are relatively few hotels on Staten Island. The majority of the accommodations consist of Bed & Breakfasts and Airbnbs. For a city trip to New York, Staten Island is not the most convenient place to stay. The only connection to Manhattan is the ferry, there are no subways going back and forth. There is one metro line on Staten Island itself, furthermore there are mainly city buses. If you nevertheless choose to stay on the island, it is in any case advisable to stay near the metro line. This allows you to travel quickly to and from the ferry terminal.