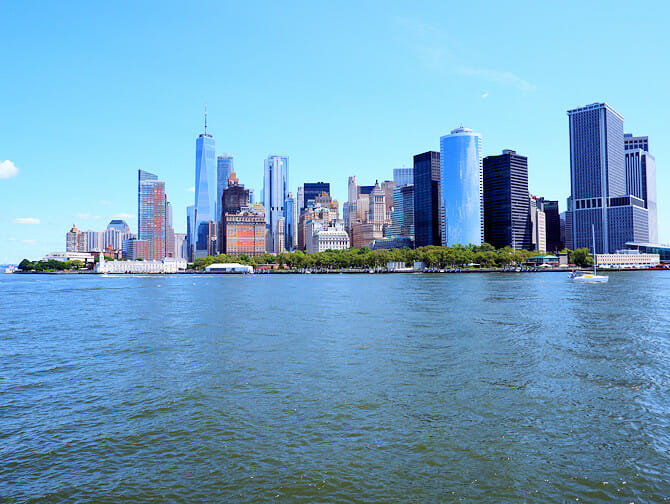 Manhattan in New York is the borough with the most attractions and hotels in the city. The island of Manhattan is world famous for its skyline filled with the most iconic skyscrapers. It is the beating heart of New York City; Times Square, Broadway, Wall Street, Empire State Building and Central Park, among others, can be found here. This New York borough is too big to name everything there is to see and do. Below I mention places that come to my mind when I think of Manhattan.

Before the Dutch East India Company arrived in New York in 1609, the land was green and inhabited by the Algonquin, an Indian tribe. The Dutch saw the area, which they called New Netherland, as a good point for trade, as the Hudson River was full of fish and you could find lots of fur in the surrounding woods. They named the capital of the land inhabited by the Dutch New Amsterdam, which we nowadays know as Manhattan. Because of its favourable location for trade, the city grew. Later, in the seventeenth century, New Netherland came into the hands of the English. Eventually, the Treaty of Breda was signed; England was allowed to keep New Netherland and the Netherlands kept Suriname as a colony. The English changed the name of the piece of land to New York.

The American Revolution brought the colony into the hands of the Americans. During the nineteenth century, the population rose from 60,000 to more than 3.4 million, mainly due to the immigration via Ellis Island. The landowners sold pieces of land in blocks. In response, New York adopted the Commissioners’ Plan of 1811 to subdivide Manhattan according to a set pattern. Broadway, however, continued to pass through the entire island. The historic street pattern of New York can only be found in Lower Manhattan.

Manhattan is an island that is completely dependent on tunnels and bridges, as it is surrounded by the Hudson River and the East River. Thus, the world-famous Brooklyn Bridge and the Manhattan Bridge were built. Also on the island itself, a means of transport was added which made it easier to get from point A to point B. At the end of the nineteenth century, the first above-ground subways were put into operation. However, people were also thinking about an underground system, which eventually opened in 1904. Today, New York’s subway system has more than 35 underground lines and almost 400 kilometres of track. 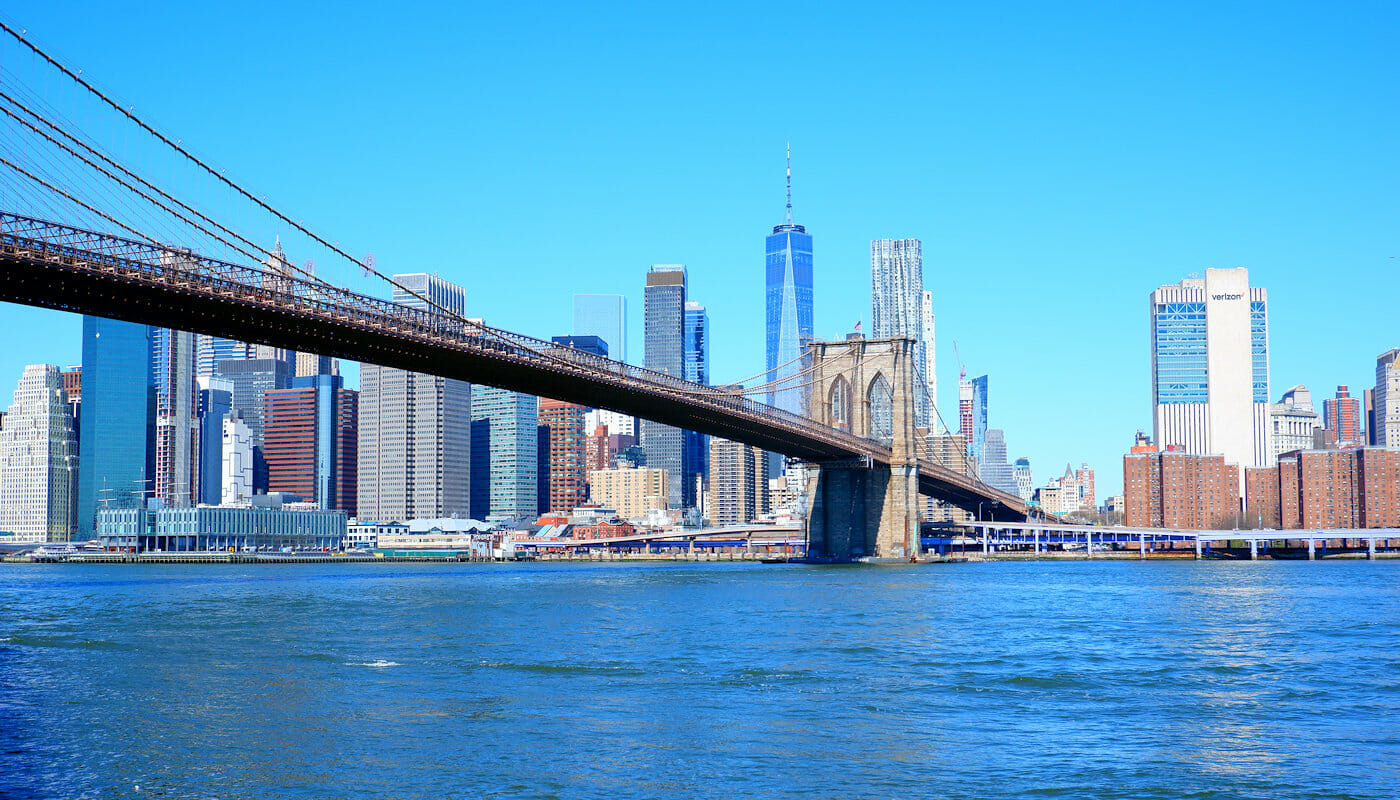 New York has a world-famous skyline. At the end of the nineteenth century, Trinity Church, with its 86 metres, was the tallest building in New York. Now the church is surrounded by skyscrapers. Over the years, more and more buildings were added, such as the iconic Flatiron Building and the Chrysler Building. Nowadays, it is impossible to imagine the world-famous skyline without the almost one hundred year-old Empire State Building. New skyscrapers are still being built every day in New York, but One World Trade Center remains the highest building in the city at 417 metres. 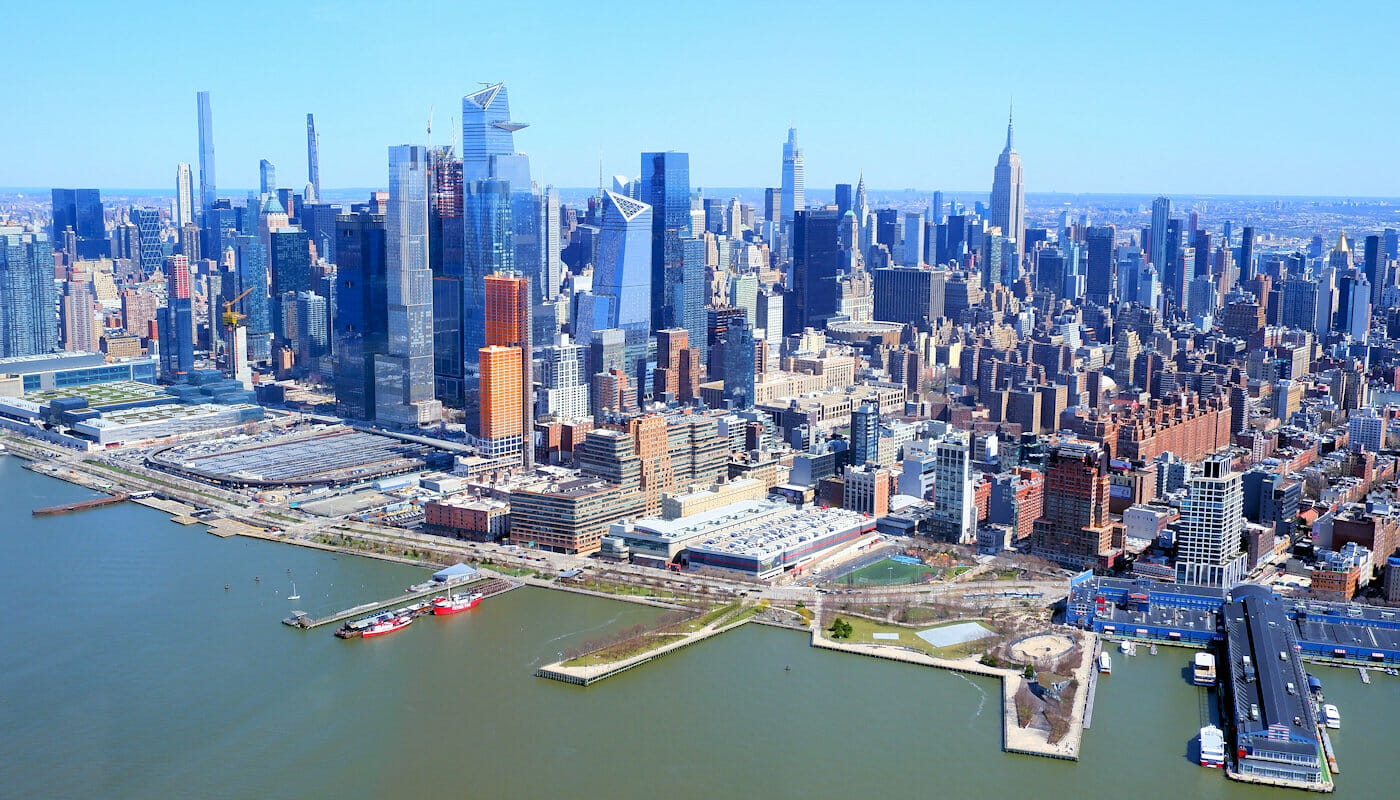 The Upper East Side in New York is a neighbourhood filled with wealth. The wealthiest families live here in their beautiful homes. This neighbourhood to the east of Central Park is also known as a paradise for lovers of luxury fashion brands. Shops like Ralph Lauren are located here. Museum lovers can also indulge themselves in the Upper East Side. Museums such as the Guggenheim Museum and The Met can be found on Museum Mile. Also the Museum of the City of New York, a museum about the history of Manhattan, is located here. 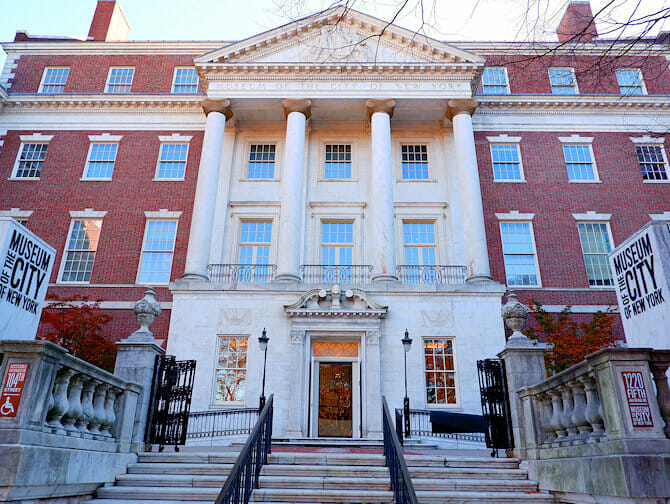 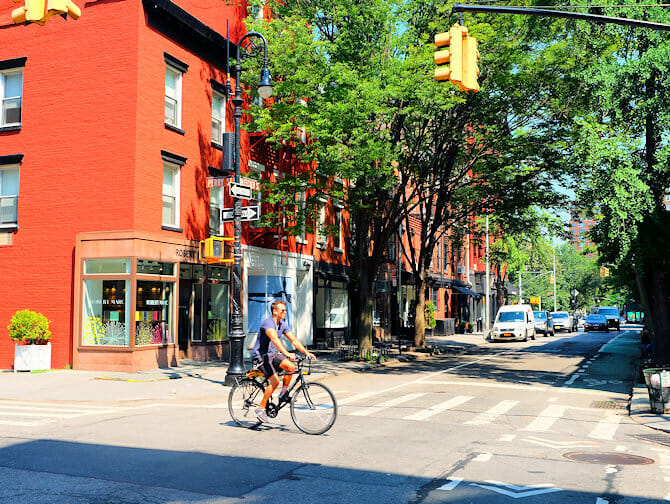 The fact that New York is a diverse city is well reflected in Chinatown. This neighbourhood makes you feel as if you are in China. Everywhere on the street you will find food; from exotic fruits to trays full of fish. It is also the place where you can buy a well-known souvenir for little money or dine at one of the many restaurants. During your stay in New York, I would definitely recommend a walk through this unique neighbourhood.

Wall Street is the beating heart of the financial world, but it also played an important role in the creation of New York. From the south of the island, Lower Manhattan, the city has slowly grown into what we know today. The roads are paved with cobblestones and there are places where history was written. Federal Hall is where George Washington was inaugurated as the first President of the United States. Visit the Financial District and travel back in time.

Central Park in New York is the garden of the city. This green paradise is a place to relax and enjoy nature. The park in the middle of Manhattan is an integral part of New York. In a place with so many buildings, it is extremely important for New Yorkers to be able to escape the hustle and bustle.

One of the most visited places in Manhattan is Times Square, so it should definitely not be missing from this list! It is the place where Broadway and Seventh Avenue cross and it bustles all day long. ‘The Crossroads of the World’ is not only known for its huge billboards, but also for the large flagship stores. In addition, Times Square is the place to be for every music lover; more than forty theatres perform their Broadway shows here every day.

Culture and Sports in Manhattan

Manhattan is not only the place for attractions and great shopping, it is also the place for culture. The island has more than thirty museums focusing on art and history among others. Furthermore, New York is known for the operas and ballet performances that take place in Lincoln Center.

You can also go to a sports game in Manhattan, for example, the New York Knicks and the New York Rangers. Madison Square Garden especially is the place to be for a night out. Besides sports games, there are also performances by the world’s greatest artists.