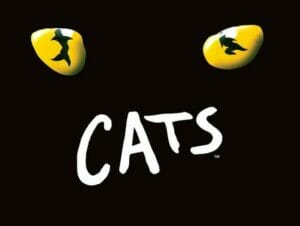 Cats on Broadway tickets can easily be purchased online before you leave. Don’t miss out on this unique revival and book your theatre tickets before going to New York in order to save time and money. The great classic Cats has returned to Broadway! After 16 years of absence, you can now enjoy the fourth longest running Broadway musical ever on the Great White Way. The show is performed at the Neil Simon Theatre. Cats was originally based on the novel ‘Old Possum’s Book of Practical Cats’ written by Thomas Stearns Eliot, but is better known as an Andrew Lloyd Webber musical. Enjoy a magical night out and discover the lives of a clowder of cats that live on a gigantic rubbish dump.

The musical Cats tells the story of the Jellicle Cats, a unique clowder of talking cats. They gather once a year to celebrate and honour their special gifts. Old Deuteronomy is the wise leader of the clowder (and might also be the father of many of the cats …). On this evening, he’ll decide which Jellicle Cat will ascend to the new life, ‘the Heaviside Layer’. During the show all cats will introduce themselves and you’ll get to know among others the young white cat Victoria, the lazy Jennyanydots, the playboy Rum Tum Tugger and the glamorous Grizabella. Meanwhile, you’ll witness some real cat behaviour such as quarrels, strange antics and mishaps. 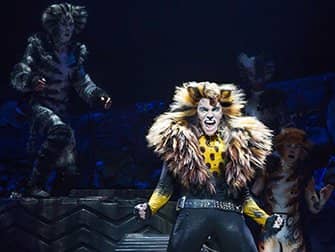 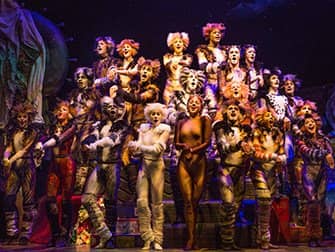 How to buy Cats on Broadway tickets?

It is easy to buy tickets for Cats with the link below. I recommend buying tickets online before your trip to New York. Why? A lot of Broadway musicals are very popular and are often sold out. You’ll also save time and money and most importantly you don’t have to stress about finding tickets when you are in New York.

Eric’s Tip: I didn’t see the original, but I’ve been told that little has changed in this revival. So if you saw the musical when you were younger, and want to relive it again, you won’t be disappointed. For those that have never seen it, you’ve probably heard of it. It’s so iconic, you almost can’t not see it when in New York. There is no discernible storyline, and the songs can sometimes be difficult to understand, but you don’t go to see Cats for the story – you go to see ‘cats’ perform live on stage! Want to make the night even more unforgettable? Celebrate in style by renting a limousine in New York and you can drive down Broadway before arriving to the theatre.