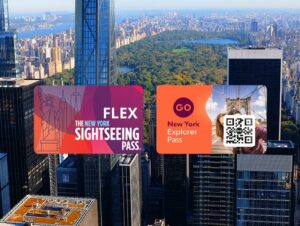 What is the difference between the New York Sightseeing Flex Pass and the Go New York Explorer Pass? The New York Sightseeing Flex Pass and the New York Explorer Pass are two discount passes for New York. The main differences are the price and the attractions that they include. Both passes work in the same way and are very user-friendly. You choose the number of attractions and there are no extra costs to be paid once you get to New York. If you would rather have a pass that allows you to visit an unlimited number of attractions, go for the New York Pass.

With both the New York Sightseeing Flex Pass and Go New York Explorer Pass, you can choose up to 100 tours and attractions. Both passes allow you to visit all four observation decks in New York: the Empire State Building, Top of the Rock, One World Observatory and Edge. With the two passes you can also ride a bike through Central Park and take a boat tour past or to the Statue of Liberty. In addition museums, such as the 9/11 Museum, the Guggenheim and the American Museum of Natural History, are also included in both. A difference is that the Flex Pass includes entrance to Central Park Zoo and Vessel, and it offers the option to take a transfer to the airport. The Explorer Pass, on the other hand, has a better offer of bike and boat tours.

You can take a Hop-on Hop-off bus tour with both passes. The Flex Pass includes a Gray Line-ticket for 72 hours, with which you can take the Uptown and Downtown tours. This counts as one attraction. The Brooklyn and evening tours both count as separate attractions. With the Explorer Pass, you can choose a one day Big Bus ticket. This also includes the Uptown and Downtown tours. Alongside this, only the Evening Tour is available as a separate attraction.

Do you want to make a lot of use of the Hop-on Hop-off bus and also visit Central park Zoo and Vessel? Then go for the Flex Pass. It offers Hop-on Hop-off tickets for 72 hours, rather than just one day and it includes these two attractions. Would you like to do a Circle Line Sightseeing Cruise and a lot of biking? Then the Explorer Pass is the best option. 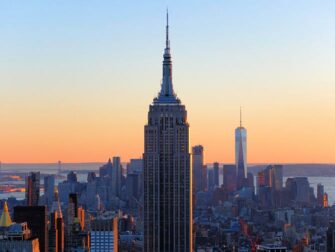 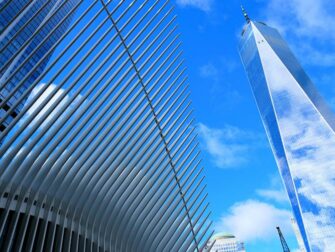 Both passes include entrance to all four observation decks: the Empire State Building, Top of the Rock, One World Observatory and Edge. even if you’re not sure yet which platforms you’d like to visit, you can choose both passes, as with both you can decide in New York where you’d like to go.

How do the passes work?

Which pass should I choose?

If all attractions that you want to visit are included in the Flex Pass, then this is the pass I recommend because of its low price. The passes for 6, 7, 10 or 12 attractions are extra good value with my personal discount code. Do you want to go to the Empire State Building and do a Circle Line Cruise? Then the Explorer Pass is a better option. Specifically the Explorer Pass for 5 or 7 attractions as they are the best value. Below you can see the biggest differences: 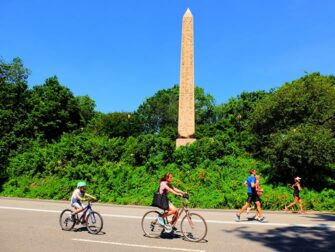 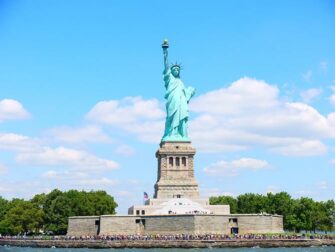 Both are discount passes, and they make it cheaper to visit top New York attractions. They give access to different attractions so which one is best depends on what you want to experience. Read all about the differences here.