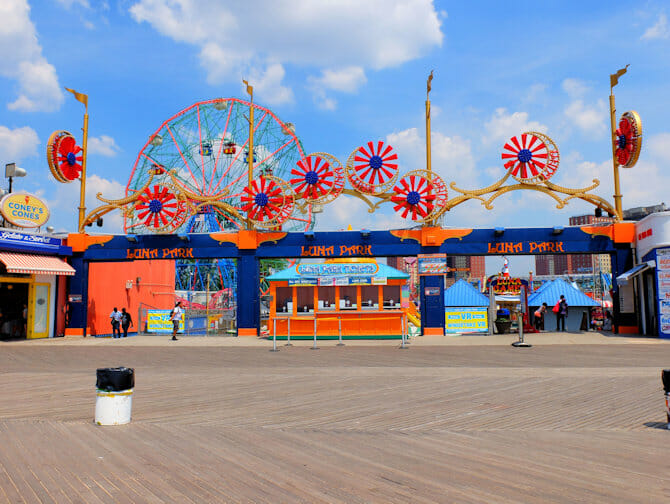 You can buy your Luna Park in Coney Island tickets online. In this famous New York amusement park you can find high speed attractions such as the wooden roller coaster the Cyclone and you can race on the go-kart track. You can also take a ride on the merry-go-round or play the ring toss. To visit the amusement park at Coney Island beach, it is necessary to buy a Luna Park ticket.

In the early twentieth century, several amusement parks opened their doors on Coney Island. A major fire in 1944 destroyed much of the parks, but fortunately iconic Coney Island rides such as the Cyclone roller coaster, which opened in 1927, and Nathan’s famous hot dog stand escaped the fire. In 2010, a new Luna Park opened with more than 25 attractions. The amusement park is located on a boulevard full of kitschy shops and eateries.

There is something for everyone at Luna Park, from fast roller coasters to a go-kart track and from a merry-go-round to an arcade. You could compare the amusement park to a fair. For over a hundred years, Coney Island has been the place for entertainment in New York, making some of the attractions renowned. 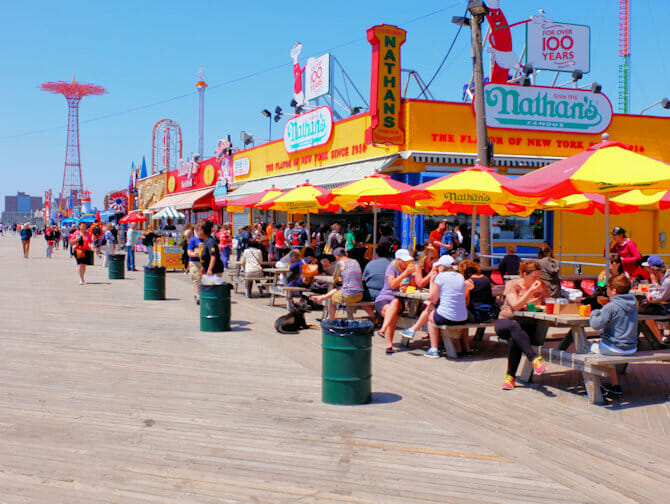 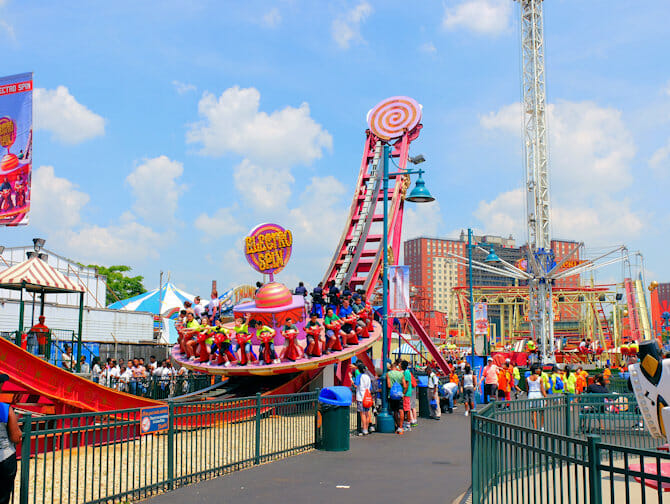 The Cyclone is not only the third fastest wooden roller coaster in the world, but also an official New York City Landmark, giving it protected status. With a speed of 60 miles an hour (96 kilometres per hour), exhilarating drops, sharp turns and 27 height variations, this roller coaster delivers plenty of excitement. Coney Island’s ‘Big Momma’ is definitely worth a visit when you’re in Luna Park.

The name of the attraction says it all; you will be fired at a speed of more than 90 mph (144 km/h) and reach a height of 150 feet (45 metres). The spherical construction with an elastic band on both sides can make you feel as if you can fly.

If you are a big fan of roller coasters, I highly recommend a ride on the Thunderbolt. The roller coaster has a 90-degree drop, sharp turns and enough G-force to get the adrenaline pumping.

Eric’s Tip: It is best to visit Luna Park during the week. On these days it is more quiet and you won’t have to queue as long. This way you can visit all attractions in one day.

Luna Park is divided into several areas, with Deno’s Wonder Wheel Amusement Park in between. With your ticket you can pick up a wristband at the Guest Services Windows. The wristband gives you unlimited access to all Luna Park attractions, however for some attractions there may be an extra charge. The Coney Island amusement park is fun to visit with children, as there is an attraction for everyone.

Coney Island is easily accessible by metro. The underground station is the final stop for lines D, F, N and Q. From here, you can easily walk to Luna Park, which you can enter through its multiple entrances. 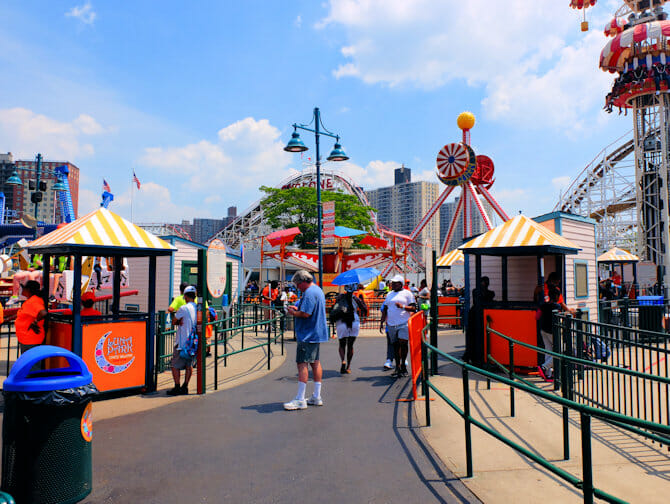 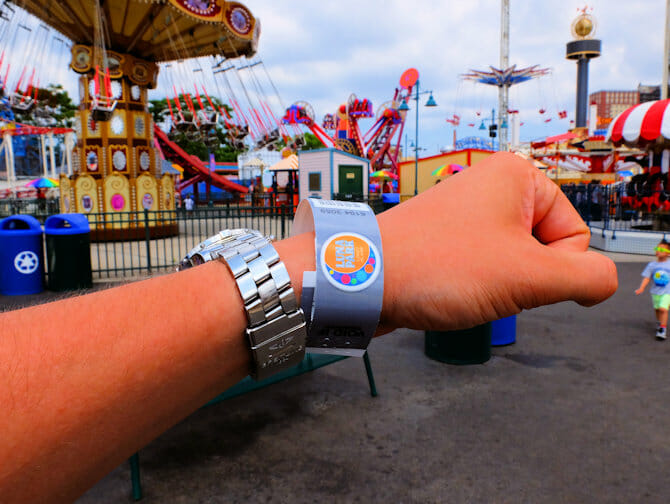 How much does a ticket for Luna Park in Coney Island cost?

Is Luna Park in Coney Island easy to reach?

Luna Park in Coney Island can be reached by metro.

What is Luna Park in New York?