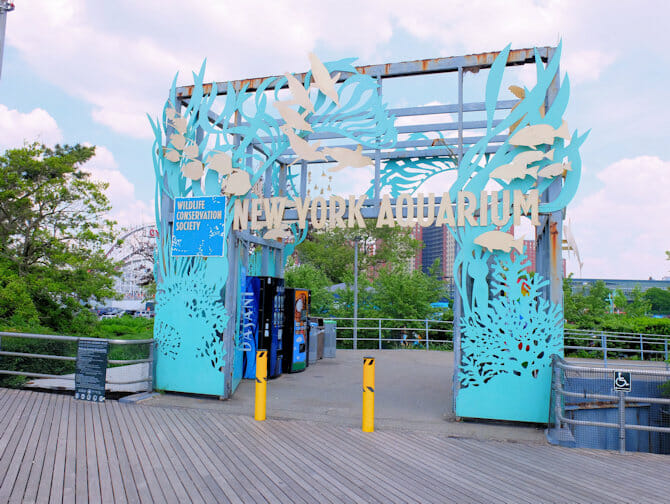 The New York Aquarium in Coney Island is the only aquarium in New York. Operated by the Wildlife Conservation Society, New York Aquarium’s mission is to save wildlife and wild places worldwide through science, conservation action, education, and inspiring people to value nature. Originally in Battery Park, Lower Manhattan the aquarium first opened on December 10, 1896. The animals were temporarily moved to the Bronx Zoo when this location closed in 1941. Finally, the aquarium re-opened in Coney Island on June 6, 1957.

There are volunteers available throughout the New York Aquarium. They are happy to answer any questions you may have. As soon as you enter, check the schedule for the animal’s feeding times. It is very entertaining so be sure not to miss it. Furthermore, visit the 4D theatre in the aquarium which combines a 3D movie with extra-sensory effects.

Eric’s Tip: A visit to the New York Aquarium can be combined with a stroll along the boardwalk in Coney Island and a ride on some rollercoasters at the adjacent Luna Park. And don’t forget to try the famous Nathan’s hotdog!

After purchasing, you will receive an e-ticket that you can print out as your ticket for the aquarium or show as a mobile ticket on your phone. 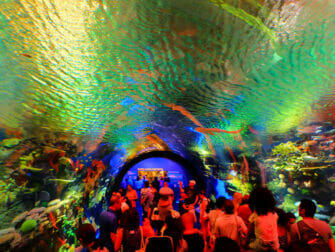 Is the NYC Aquarium free?