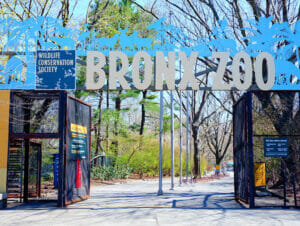 The Bronx Zoo in New York is the world’s biggest metropolitan zoo. The Bronx Zoo opened in 1899 and accommodates close to 4000 animals, belonging to around 600 different species. A number of these species are native American animals, which are very impressive to see. Other areas of the zoo are dedicated to animals from Asia, Africa and Madagascar, among others. Quite a few of the species at the zoo are endangered, so when visiting this New York zoo you’ll really see a very special collection of animals. The Bronx Zoo is a great place to visit with kids. It’s also a perfect attraction for everyone who would like to leave hectic Manhattan for a few hours and enjoy nature.

American animals at The Bronx Zoo

What’s really unique about The Bronx Zoo is that there’s a large selection of animals that are native to the United States. You not only see the classic zoo animals, like zebras and giraffes but there’s also a herd of American bison, some (rescued) grizzly bears and even bald eagles. If you’re in doubt about which New York zoo to visit and you’re looking for the most impressive animals, you should definitely choose The Bronx Zoo. 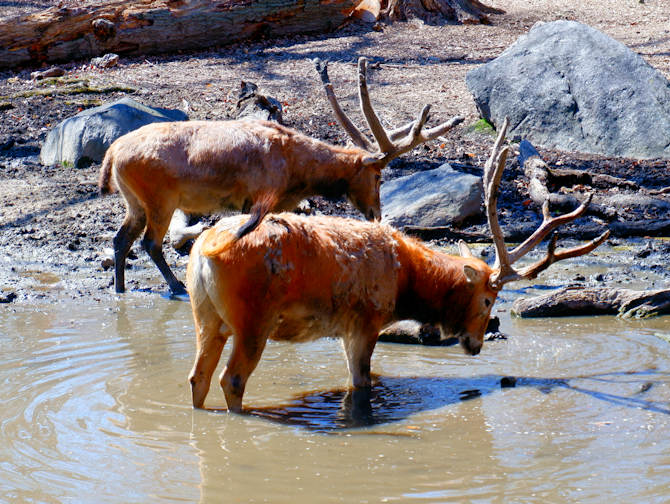 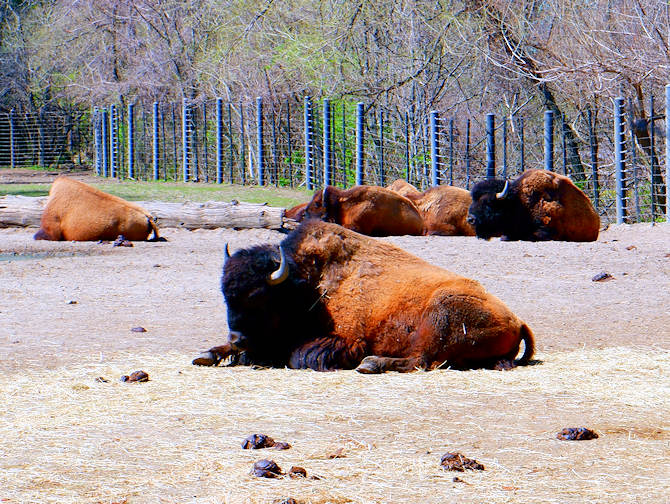 Bronx Zoo when it rains

On days the weather isn’t at your side, it’s good to stroll around JungleWorld; an imitated Asian rainforest, including corresponding temperatures. Animals like otters, tapirs and gibbons all live in the same space here, just as in nature. Or visit the 4D cinema. The 4th dimension upon the HD 3D films that are showing consists of special effects like wind, mist, light and fragrance.

When you’re wondering what to do in New York with kids. The Bronx Zoo is a very good choice. The special Children’s Zoo is something you cannot skip when you visit the Bronx Zoo with kids. The Children’s Zoo is like a mixture between a playground and a petting zoo, where children learn how to live or move like an animal, and where they can feed lambs or llamas. Also the Madagascar! part of Bronx Zoo will put smiles on their faces, especially with kids that know the movie. At Madagascar! you will not only find the animals that belong on the African island – you will find them in an environment that is a perfect imitation of their own surrounding. 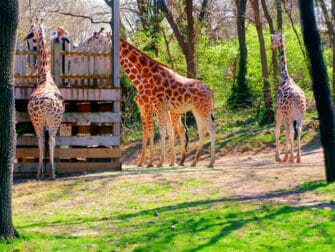 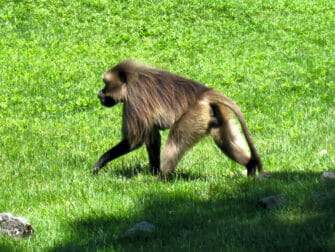 Coming from Manhattan, the quickest way to get to the zoo is to take express bus BxM11. You can hop on at one of the bus stops at Madison Avenue, for example, the one at the corner of Madison Avenue and E 39 Street, and pay with a Pay-Per-Ride MetroCard or Apple Pay on your phone, connected to a credit card. You can get off at the stop named ‘Bronx River Pkwy & Bronx Zoo Entrance’. The Bronx Zoo opens at 10:00 and closes its doors between 16:30 and 17:30, depending on the season. As the park is quite big, I would recommend you to have a look at the map and plan your route beforehand.

Eric’s Tip: The Bronx Zoo is so far away from Manhattan that you’d have to be a true zoo fanatic to spend such a big part of your trip at this zoo. If you just want to go there for the kids, consider getting Central Park Zoo tickets instead.

Next to The Bronx Zoo, you find the New York Botanical Garden. These two attractions are therefore great to combine. I would recommend starting at the Botanical Garden. You can easily get here by taking subway trains 4 or D to Bedford Park Boulevard and from there walk in about 15 minutes to the north entrance of the garden. If you visit the garden from north to south, you can exit at what is actually the main entrance. From there you can walk to the Belmont entrance of the Bronx Zoo, which is located at 2348 Southern Boulevard.

How much does it cost to go to the Bronx Zoo?

Tickets to the Bronx Zoo starts at $56, but entrance is included with the New York Sightseeing Pass.

Is the Bronx Zoo in a safe area?

Bronx Zoo is safe to visit. I do, however, recommend taking a bus there rather than walking around in the area. Read more here.

How much time do you need at the Bronx Zoo?

Bronx Zoo is very large, so it’s difficult to see everything in one day. You can cover most of it in about 4 hours, however. Be aware that Bronx Zoo is far from Manhattan, which also makes a visit time-consuming.