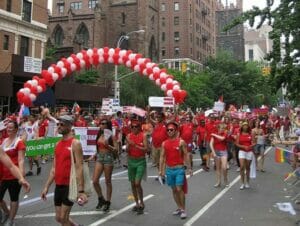 New York Gay Pride is an annual event. It is a celebration of the lesbian, gay, bisexual and transgender (LGBT+) community, culture and pride in New York City. The March is probably best known to local New Yorkers of all the Pride events. It is more commonly known as Pride Parade.

Pride Parade traverses through Fifth Avenue and ends in Greenwich Village. It passes by Stonewall Inn, which was the site of the Stonewall Riots in 1969. The riots are considered the most important event that lead to the gay liberation movement and helped to establish gay and lesbian rights in the United States.

What to do during NYC Pride in New York?

The march (Pride Parade) is probably the best-known symbol and event of NYC Pride, everybody is welcome to watch. Expect a lively occasion with over 110 floats! If you would like to participate in the march you must be part of an organisation that is officially registered. The march is held in New York on the 28th of June 2020. It starts at midday from 29th Street and Fifth Avenue and ends on 16th Street and 7th Avenue. 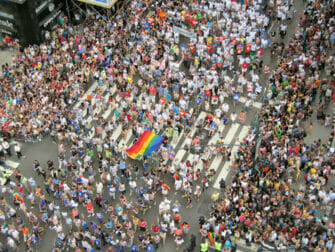 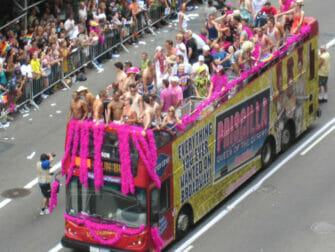 PrideFest is a street festival. You will find vendors, entertainment and activities that all celebrate equality. You can also catch mini-concerts here and there. This takes place in the area of Hudson Street in New York. Everybody is welcome and there is no entrance fee. It is held during the day on the 28th of June 2020.

Pride Island is a huge live music party with various artists and DJ’s playing. It is also the largest annual fundraiser for NYC Pride. You have to be at least 21-years old to participate. The event will be held on 29th and 30th of June 2020 from 2:00 to 10:00 p.m. at Hudson River Park, Pier 97.

If you still have energy left why not continue the night in one of the many great gay bars in New York? Or maybe end the night at a rooftop terrace bar.

If you want to learn more about the LGBT movement in New York then this is the tour for you. The guide will tell you about the Stonewall Uprising and its historical background, show you The Stonewall Inn and take you to several other places in New York that are important to the LGBT community. 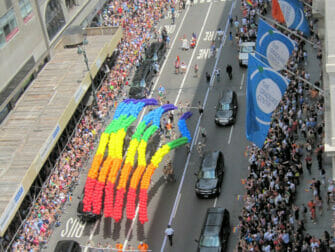 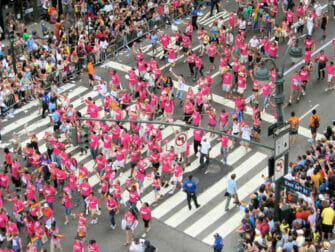