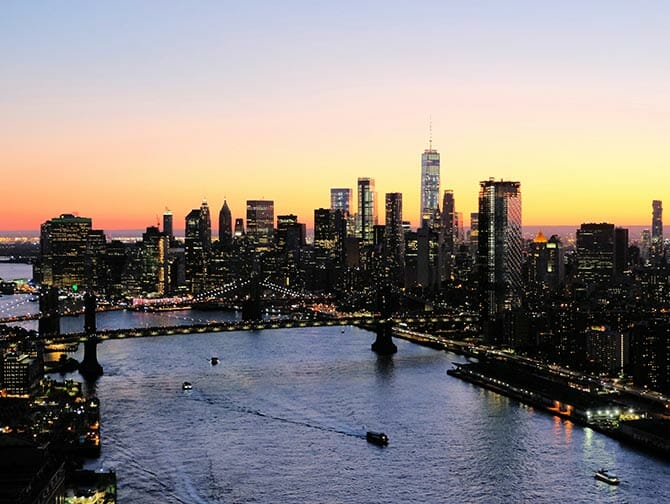 The New York Night Helicopter Tour is a magical experience. See the lights of Manhattan sparkle in the dark and fly past landmarks such as the Brooklyn Bridge, Empire State Building, the Statue of Liberty and Times Square. In the summer, you can take this helicopter tour at sunset. The world below gets smaller as you fly over it.

Take a seat in a helicopter and admire life in Manhattan below you. From the helicopter, you will see taxis driving, people taking photos on observation decks such as Edge and Empire State Building and you’ll see the city from a completely different perspective. The Statue of Liberty is illuminated and you see the lights of the ferries navigating the East River. This night helicopter tour is more of a magnificent experience than a sightseeing tour.

After booking, you‘ll receive a voucher by email, which you can either print out or show on your phone as a ticket for the flight.

Eric’s Tip: Never taken a helicopter tour over Manhattan before, and unsure whether to book a day or an evening flight? Then take a flight during the day! This way, you will be able to see all the famous sights of New York properly. At night this can be a bit more difficult. 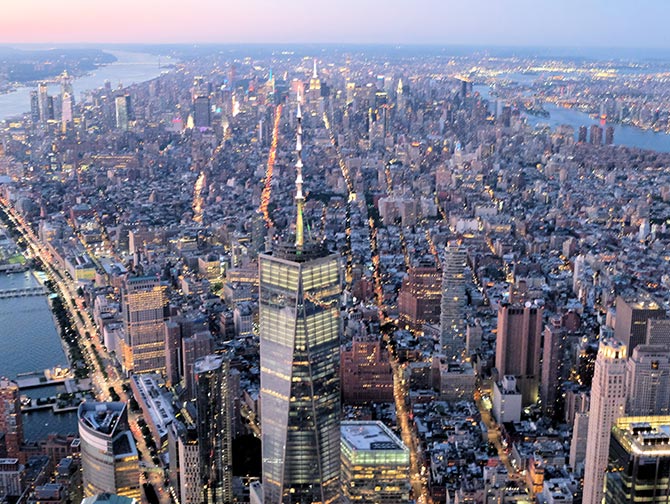 If you want to take a helicopter flight in the dark, this is no problem during the winter months. From early November to mid-January, you can also book a helicopter tour from Manhattan departing at 17:00. It gets dark in New York at this time. Between April and September, it gets dark later, so it is best to book the night-time helicopter ride from around 20:30. If you fly earlier, you will fly during sunset.

Doors Off Helicopter Tour at Night

It is also possible to take a helicopter night tour without doors. During the doors off helicopter tour, you can literally dangle your legs off board. Taking photos is a lot easier, as you have no reflection from the windows. To see Manhattan at darkness, book the flight for 17:00 or later. Especially in the months of November and December, it is already quite dark around that time. If you book for the winter months, you will fly during sunset. During the summer months, you can book a flight after 20:30, if available. This way, you can enjoy New York after dark.

Book the doors off helicopter tour at night here 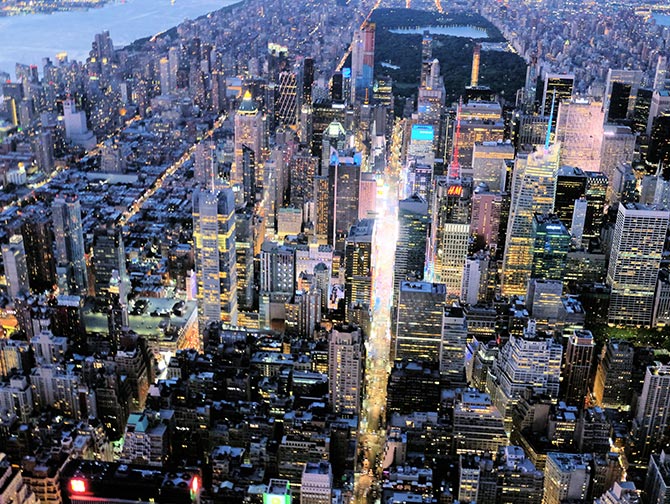 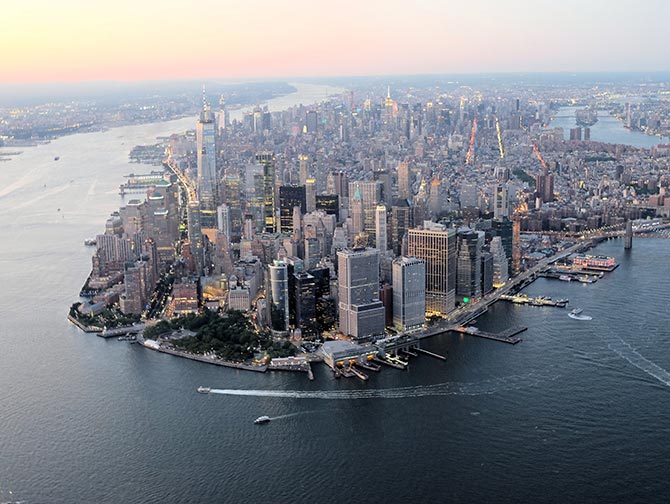 How much does a New York helicopter tour at night cost?

Tickets for a New York helicopter tour at night start from CA$379.