Rock of Ages the Musical in New York Tickets 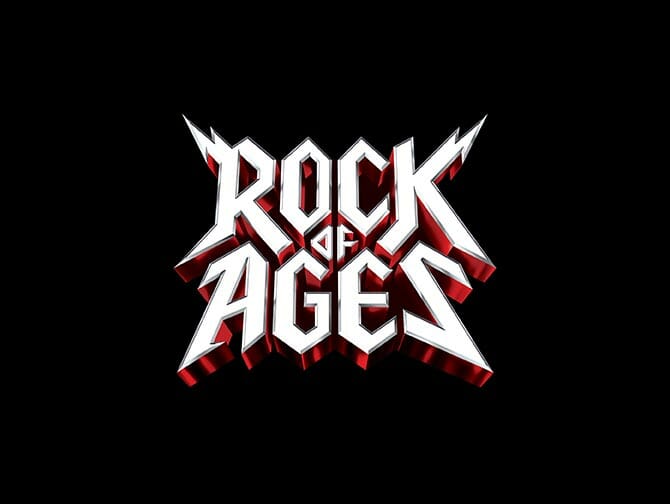 Buy your Rock of Ages the Musical in New York tickets before you travel. Buying your theatre tickets online is easy and, above all, saves time and money. Rock of Ages the Musical is an off-Broadway show playing at New World Stages. It is a perfect mix between a musical, a rock concert and a stand-up comedy show! In addition, the songs are all performed by a real rock band and the audience is encouraged to sing along.

The Tales of The Bourbon Room

Rock of Ages takes place in1987 Los Angeles, during the “sex, drugs and rock ‘n’ roll” era. Lonny, manager of The Bourbon Room, where most of the action takes place, tells the story. The Bourbon Room is a legendary club, where many big rock bands careers have been launched. German entrepreneurs convince the mayor of Los Angeles to clean up and make it a more family-friendly city. For that to happen, they’ll need to get rid of many existing businesses, including The Bourbon Room. Dennis, the owner, believes he can save his beloved club if he can get rock star Stacee Jaxx and his band; Arsenal to play their final show there. In the midst of all this, we have Drew and Sherrie, who meet each other while trying to make it big in Hollywood. In a quest for love., will they realise they are destined to be together? 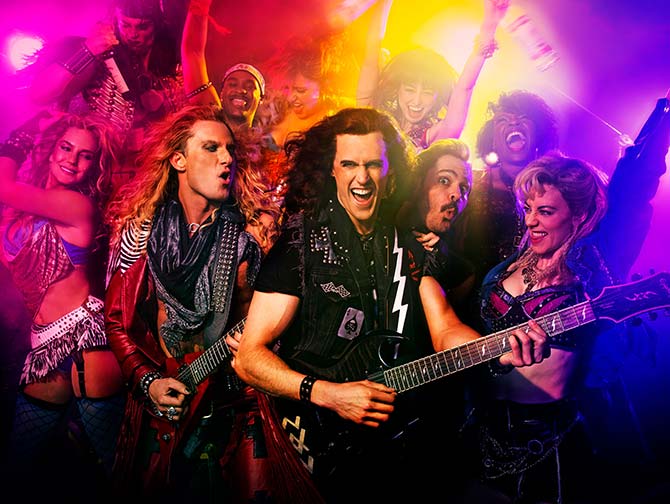 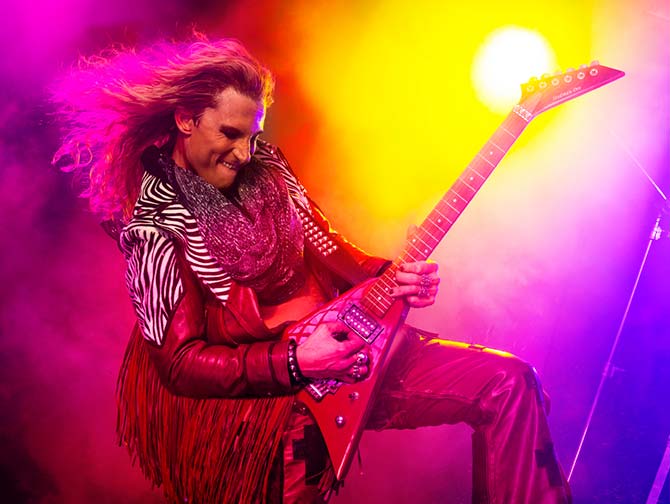 The Comical side of Broadway

The story might seem dramatic, but Rock of Ages is truly a great comedy. Lonny, Dennis and Stacee Jaxx deliver the best comedic moments of the show. The narrator, Lonny, often breaks the fourth wall of theatre by talking directly to the audience. Sporting mullets and sleazy slogans on his t-shirts, he parades around the stage making comical comments about the scenes and explaining to other characters why things are happening in their storyline (“because the musical is written this way!”).

80’s Rock is best known for the big hair, tight spandex and lyrics that stick in your head: just like Rock of Ages. You’ll go home singing classics like Twisted Sister’s “I Wanna Rock” and “We’re Not Gonna Take It”, Bon Jovi’s “Wanted Dead or Alive” and Journey’s “Don’t Stop Believin’”. And there’s much more: Whitesnake, Europe, Foreigner, Poison and Extreme.

How to buy tickets for Rock of Ages the Musical?

It is easy to buy tickets for Rock of Ages the Musical with the link below. I recommend buying tickets online before your trip to New York. Why? You will save time and money and most importantly you don’t have to stress about finding tickets when you are in New York. A lot of shows are very popular and are often sold out.

Buying a ticket is simple:
Eric’s Tip: This show is a must-see for everyone that enjoys rock music. If you usually don’t like musicals and would like to go to a concert in New York but your favourite band isn’t playing in town this is a good choice. I would not recommend this to kids under 14 as there is a lot of swearing and sex references. The whole atmosphere of the theatre and the live band make it feel like a real rock concert, so go ahead and head-bang or put your hands in the air!