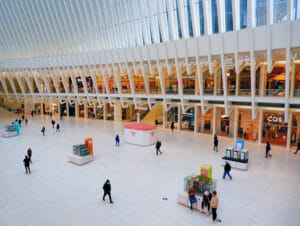 World Trade Center Transportation Hub combines the PATH-station with a public transport and shopping complex. Located in Manhattans’ Financial District. As a result of the attacks of 9/11, the area was entirely devastated. Yet reconstruction soon began and in 2016, the process concluded with the opening of the rather distinctive above-ground section, the Oculus. The World Trade Center Transportation Hub serves as a station for various forms of public transport. In addition, it is also home to a large shopping centre.

The World Trade Center Transportation Hub is designed by Spanish architect Santiago Calatrava. He created a large hall, fully lined with white marble. His vision of a large hall, fully lined with white marble has come to life. The hall, partially situated under the 9/11 Memorial connects to the impressive above-ground section, the Oculus. According to the designer, the Oculus, positioned between 2 and 3 World Trade Center, represents a bird. Furthermore, in the roof of the Oculus, you can see a narrow opening. Every September the 11th at 10:28 am, the sun shines directly through it: the exact time when the second of the Twin Towers fell in 2001.

The World Trade Center Transportation Hub is owned by PATH: the Port Authority of New York and New Jersey. The hub is a major PATH-station. Here, lines Newark – World Trade Center and Hoboken – World Trade Center connect. In addition, the station links PATH-trains with various New York metro lines and the nearby Battery Park City Ferry Terminal. The station is, therefore, a ‘competitor’ to the two other major stations in Manhattan, Penn Station and Grand Central Terminal. 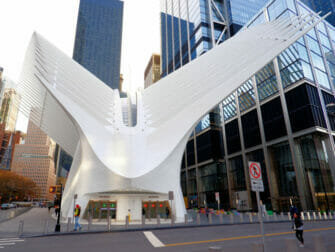 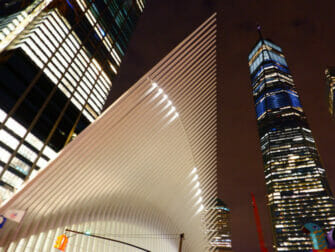 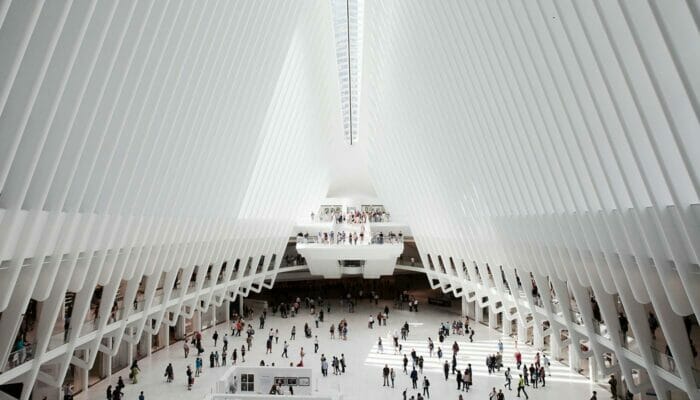