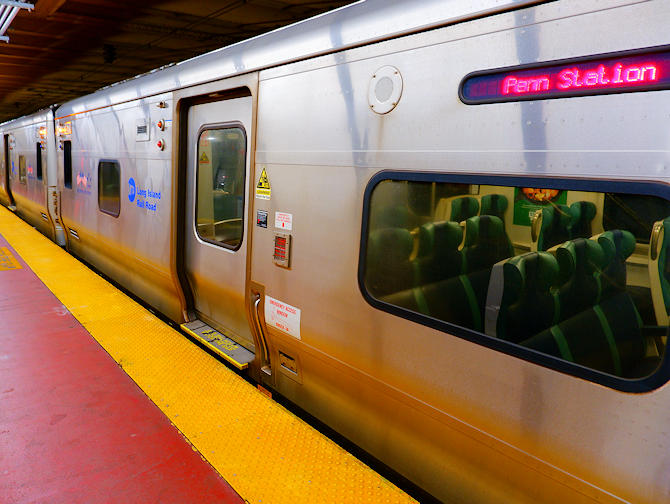 Long Island Rail Road (LIRR) in New York is a train network that connects Manhattan with Brooklyn, Queens and the entire Long Island. LIRR is part of the MTA and the busiest commuter rail company in the US. The LIRR trains run 24 hours a day, on different routes indicated by colours. You can use the Long Island Rail Road if you want to travel by train from JFK to Manhattan, but it is also possible to take a train to the furthest point of Long Island. This trip will take you no less than 3.5 hours!

You can board Long Island Rail Road trains at Penn Station. This station is the home of the LIRR in Manhattan. Work is currently in progress to extend Grand Central to allow trains to stop there as well, but Grand Central is not an LIRR station yet. Another big hub for LIRR is Jamaica Station in Queens. This station is a major transportation hub, where the JFK AirTrain arrives as well. Brooklyn has a major LIRR station too: Atlantic Terminal opposite Barclays Center. This is Brooklyn’s largest and busiest station.

Tickets for Long Island Rail Road New York are best bought at the station. In Penn Station, you can go to a counter as well as various ticket machines. The counters are open from morning to evening, the vending machines operate 24/7. Buying an LIRR ticket from a vending machine is very easy. You choose whether you travel during peak or off-peak, to which destination you want to go and whether you want a round trip ticket or one way. Then the ticket price is shown and you can buy the ticket right away. Peak fares apply if you travel to Manhattan on weekdays between 6:00 and 10:00, and from Manhattan to Long Island between 16:00 and 20:00. Off-peak rates apply at all other times on weekdays as well as all weekend and public holidays. 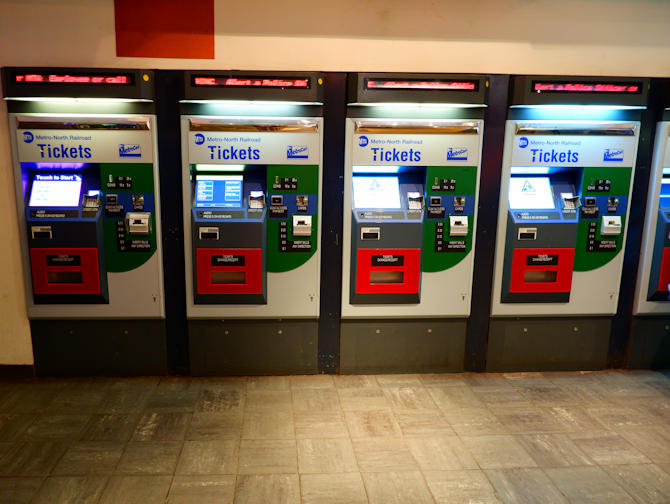 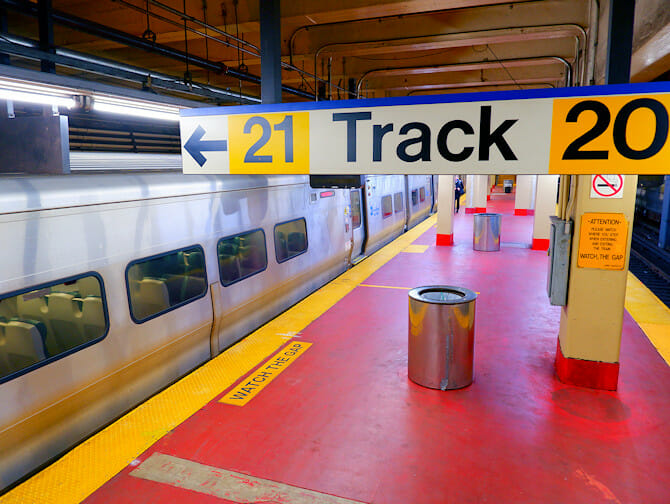 LIRR uses regular and express connections. The regular trains stop at all stations along the way, these are often trains with two floors. The Cannonball, a special express train, runs between Manhattan and The Hamptons. It goes to The Hamptons from New York on Fridays from May to October, and back on Sundays. The Cannonball consists of twelve cars, two of which have reserved seats and bar service.

In New York itself, you can mostly use the subway to get around, but if you want to go a little further afield, chances are you’ll need a train. There are several LIRR routes that are convenient to take.

If you are arriving at JFK Airport and want to travel from JFK to Manhattan, you can hop on a train. You must first use the AirTrain at JFK Airport that takes you to Jamaica Station. From there you can choose the subway or the train to Manhattan. The subway is a bit cheaper than the train and there are also several lines, so you can choose a line that stops near your hotel. The train only stops at Penn Station, so this is especially convenient to take if you need to be around there.

Eric’s Tip: Keep in mind that in most cases the train will not take you exactly where you need to be. You almost always need additional transport to travel from the train station to your destination. Fortunately, there are Ubers and taxis available at almost all train stations in and around New York. 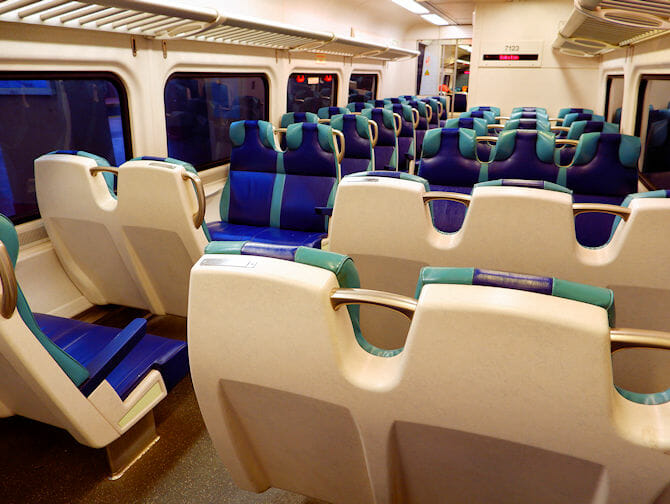 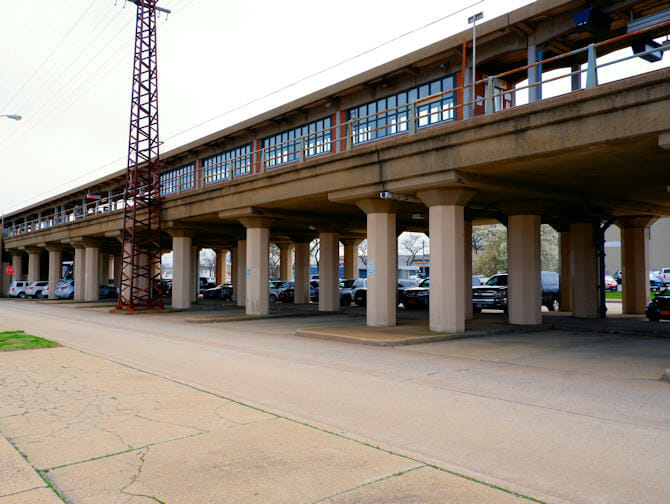 From New York to The Hamptons

Spending a day in the chic Hamptons is a fun activity when the weather is nice. The LIRR’s Montauk Route travels all the way along the south coast of Long Island, stopping at The Hamptons at several spots. The drive from Manhattan to The Hamptons takes about 2.5 hours, so make sure to leave on time! If you remain seated until the last stop of this line, you will arrive in the town of Montauk. A nice hotel here is Montauk Manor, from there you can walk to the town.

The New York Islanders ice hockey team plays its home games at the UBS Arena in Elmont. Again, the easiest way to get here is with an LIRR train from Manhattan. Take the yellow Hempstead train to Belmont Park station and walk five minutes to the arena.

How much do Long Island Rail Road tickets cost?

The price of Long Island Rail Road tickets depends on the destination you need to travel to. Read more here.

Where can I buy LIRR tickets?

It’s easiest to buy Long Island Rail Road tickets at a vending machine at the station of departure.

Long Island Rail Road trains travel from Manhattan to Brooklyn, Queens and the entire Long Island. You can take a train to The Hamptons and even Montauk, about 3.5 hours away. See here for more info.